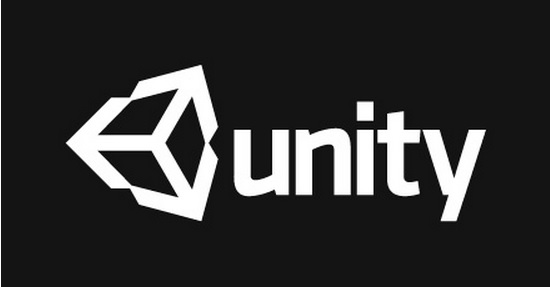 In the lockstep network model each client application runs the entire game simulation. The benefits of this approach is that it reduces the amount of information that needs to be sent over the wire. Only the user inputs need to be sent to each other, as opposed to an authoritative server model where for example every units position will need to be sent as often as possible.

For example imagine you want to move a character in the game world. In an authoritative model, the physics simulation will be ran only on the server. The client will communicate to the server where the character should move to. The server will perform the path finding and start to move the character. The server will then send to each client the characters position as frequently as possible so that the clients will have the most updated location. This must be done for every character in the game world. In a real time strategy game you can have thousands of units so the authoritative model would not be feasible.

This model does present some challenges. Each client must run their simulation in sync with each other. This means for example, that the physics simulation must perform the exact same number of updates and in the same order for each action. If this was not the case, then one client could get ahead or behind of the others and when a new command is sent, the path would be different for the client that got ahead or behind. These differences would build up and very different games would be played for each client.

Another issue is determinism across different machines and platforms. Small differences in calculations can cause butterfly effects building up to very different games. This issue will be covered in more detail in a future article.

The implementation presented here is inspired by the 1500 Archers article. Each players command is processed two turns in the future. Having a delay between when the action is sent and when it is processed helps the game from seeming choppy and laggy. This implementation also leaves room for us to add dynamic controls to adjust the turn length based on latency and machine performance. This part is not covered here and will come in a future article.

For this implementation we have the following definitions:

Note: we will not be using unity3d’s physics engine. A custom engine that is deterministic will be used. It’s implementation will be covered in a future article.

Unity3d’s loop is ran in a single thread. There are two functions that can be implemented to insert our custom code:

Unity3d’s main loop will call Update() once per iteration. This will happen as fast as possible, or will attempt to run at a specific fps rate depending on the settings. FixedUpdate() will be ran so that it is called a predictable number of times per second depending on the settings. During the main loops iteration, it can be called zero or multiple times depending on how long the last iteration took. FixedUpdate() has the behavior we want as we need our code to run an exact number of times per lockstep turn. However, FixedUpdate() rate can only be set before run time. We want to adjust our game frame rate based on performance.

During the game frame turn, the physics simulation is updated and our game logic is updated. Game logic is added by implementing an Interface (IHasGameFrame) and adding that object to a collection that we can iterate through.

The IHasGameFrame interface also has a property to indicate when it is finished. This allows the implementing object to inform the main game frame loop it is no longer needed. An example of this would be an object that follows a path and once it reached it’s destination, the object is no longer needed.

In order to stay in sync with the other clients, each lockstep turn we must ask the following questions:

We have two objects, ConfirmedActions and PendingActions. Each of these have a collection for each possible message they may receive. We check both of these objects if we are ready to advance to the next turn.

Actions or commands are communicated by implementing the IAction interface. This has one method with no arguments called ProcessAction(). The class must also be Serializable. This means any fields of the object should also be Serializable. When a user interacts with the UI, an instance of the action is created, and sent to our lockstep manager in a queue. The queue is used in case the game is too slow and the user is able to send more than one command within a single lockstep turn. Only one command will be sent at a time, but none of them will be ignored.

When sending the action to the other players, the action instance will be serialized to an array of bytes, and then deserialized by those players. A default “NoAction” object will be sent when the user did not perform any actions that turn. The other actions will be specific to the game logic. Here is an example of an action to create a new unit:

This action depends on the SceneManager having a static reference. If you do not like this implementation, the IAction interface could be modified so that the ProcessAction() receives an instance of a SceneManager.

The Sample Source can be found at:
Bitbucket – Sample Lockstep